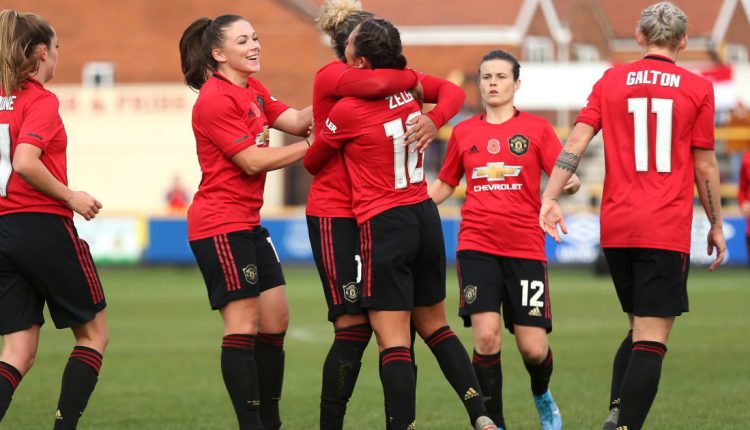 ​Manchester United’s first campaign in the Women’s Super League is going far better than anyone could have anticipated.

For a side that’s just been promoted (not to mention the fact that they were reformed just eighteen months ago), Casey Stoney’s team have gone above and beyond expectations.

The Red Devils currently sit fourth in the WSL – behind the predicted front-runners of Chelsea, Arsenal and Manchester City. However, they’ve already caused upsets against the top sides and could, dare I say it, be amongst those to compete for the title this season.

Let’s face it, Manchester United lifting the WSL trophy come May would be one of the most surprising stories in women’s football. But here’s how they could do just that…

Lauren James Must Keep Her Form She’s only 18. Yes, 18. But Lauren James has been at the heart of Manchester United’s triumph this season.

Having joined the team from Arsenal in October 2017, James became the second-youngest player in the club’s history and has since played a big role in the Red Devils’ success.

Regarded as the future best female footballer in the world by coach Stoney, the teenager is only at the beginning of her impressive journey. This season, she’s already managed to bag a goal in both the league and the FA WSL Cup, as well as securing player of the match in their game against Spurs seconds before being sent off.

James will have to avoid any more late challenges and continue her impressive form if her side have any chance of becoming champions of the WSL. It wouldn’t be fair to discuss United’s hopes of winning the title without mentioning their head coach Casey Stoney. A legend in her own right, the ex-England defender took on the role as manager at the reformed United side and lead them to promotion in their very first season.

During United’s spell in the Championship, the club managed a near-perfect season – losing only one game to Durham in December 2018.

Casey Stoney’s Reds secured their place in the WSL, ending a massive nine points ahead of second-place Tottenham Hotspur. And with their impressive start this season, Stoney’s United managerial career has taken like a duck to water.

Her relationship with the fans and the players is special – and if she keeps this up, her dreams of securing a WSL trophy with the Red Devils may be closer than she thinks.

Rivals Need to Take Points Off Each Other 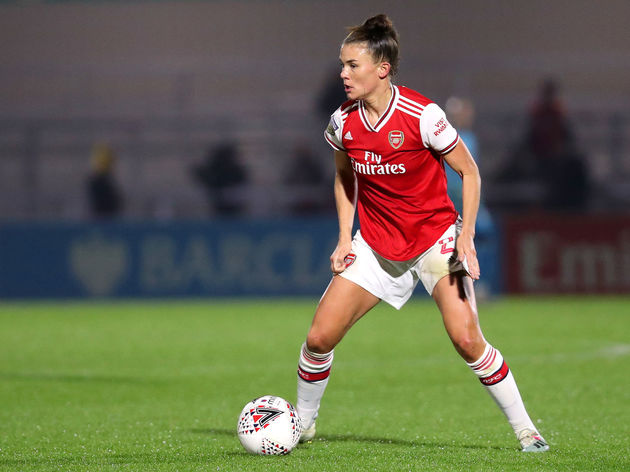 Although out of United’s control, in order to have a shot of the title, the top teams will have to knock points off each other to help the Red Devils out.

Banana skins in the WSL can be deadly – with the league being so short and competitive, an ill-timed loss could be the difference between securing the number one spot and ending as runners-up in the league. Manchester United will be hoping that the usual WSL title contenders, and now rivals, slip up.

Chelsea are set to face Manchester City in December whereas Chelsea will host Arsenal in January – a chance that could see these teams lose some much-needed points.

In two weeks, Chelsea also face Manchester United at home – presenting the Red Devils with the perfect opportunity to steal some valuable points from the league’s current leaders.

The Support of the Barmy Army Continues Forget the players and coaches for a second. Let’s talk about the fans. Without a doubt, Manchester United have one of the best fan bases in the league – and that’s saying something, considering how recently reformed they are.

Their support at the club’s home ground Leigh Sports Village, as well as their travelling away fans, are known for their noise and brilliant atmosphere.

A strong support system is something any big club needs and will be vital during United’s important games in the league.

Their Defence Carries on Shining One of United’s best qualities is their defensive prowess. They have one of the strongest backlines in the league, keeping a clean sheet in their previous five matches – including a 3-0 win against Manchester City in an FA Cup group game.

Without a doubt, defender Millie Turner has been one of the club’s key players and is becoming an important part in United’s will to succeed.

They will need players like Turner to continue their excellent form if they want to make history this season.