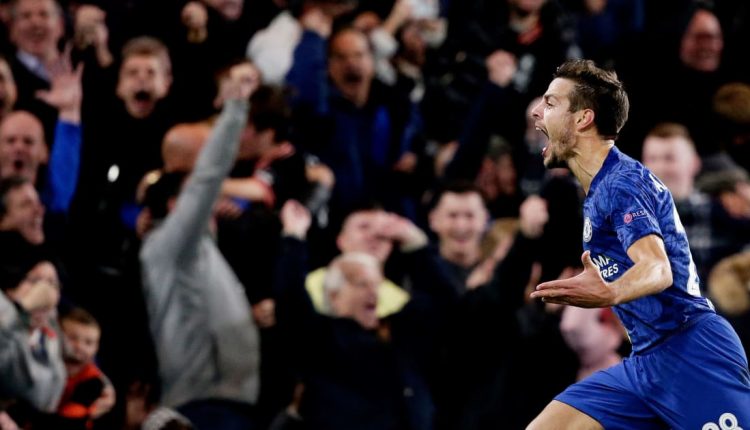 Chelsea came back from 4-1 down to draw 4-4 with Ajax at Stamford Bridge in the Champions League on Tuesday, with the away side having two players sent off within the same play during a thrilling second half. ​

Ajax looked to start the game on the front foot, and were rewarded for their positivity in only the second minute. Quincy Promes’ free-kick was misjudged by Tammy Abraham, who was only able to flick the ball past a helpless Kepa. However, almost immediately from the restart, the home side were awarded a penalty for a foul on Christian Pulisic. Jorginho stepped up and, in typical fashion, he cooly drew his side level.

The game continued to be played at a frantic pace, with both sides looking to be positive when in possession. Abraham thought he had put the Blues in front after 15 minutes, but he was adjudged to be offside. Instead, it was Erik ten Hag’s men who took the lead only five minutes later, as Promes nodded home from a delightful Hakim Ziyech cross.

The away side extended their lead on 35 minutes, as a simply sublime Ziyech free-kick hit the inside of the post, before Kepa

It took Lampard’s men only three minutes to find a leveller through Reece James and although they had the ball in the net for the fifth time, it was ruled out for handball. In the end, Ajax were able to hold on for a point in one of the most dramatic and action-packed Champions League group stage games of all time.

Here’s the breakdown of this one.

Lampard will have known that a home win over Ajax would have put his Chelsea side in a very strong position heading into the remaining group stage matches. However, his side made the worst possible start, conceding after just two minutes. 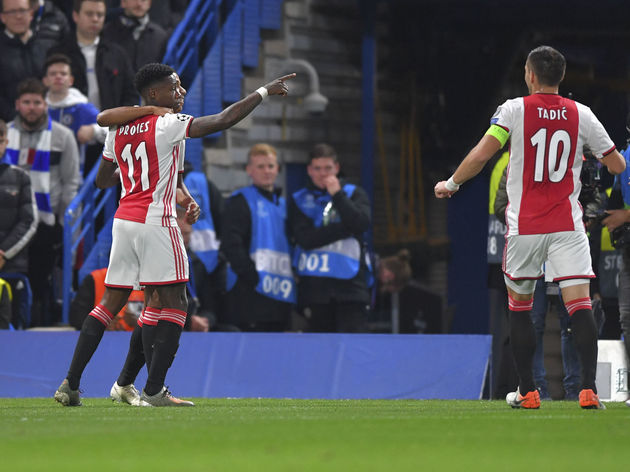 Although Jorginho levelled only seconds later, Ajax were once again able to take the lead through Promes. They then added a third through Ziyech and went into the break with a healthy lead. Ajax had clearly done their homework as they exposed Chelsea’s defensive frailties time and time again.

All three first-half goals came from crosses, despite the fact that the Dutch side aren’t an overly tall team. And following van de Beek’s strike, it appeared as though Chelsea were heading for an embarrassing home defeat. However, in football, anything can happen, and the Blues were certainly aided as they were awarded a penalty and saw two opposition players sent off within the same play.

Nonetheless, even before this, the young team showed tremendous spirit to never give up and keep fighting. Lampard will be proud of his side for the reaction, but in the end, he may also feel slightly disappointed that his team were only able to claim one point.

Its about time lampard addressed defending set pieces, we are so helpless in this regard #CHEAJA

STAR PLAYER – While Mateo Kovacic was excellent in his work in the first half, it was his midfield partner Jorginho that is most deserving of being called the star man on the night.

The Italian dictated the tempo of the game and was constantly looking to get his attackers on the front foot. It was his penalty that drew the Blues level early on, but he continued to dominate the midfield and was rewarded with another opportunity to net from the spot after a ludicrous series of events.

Of course, he showed wonderful composure and skill to coolly slot home once more, making it 4-3. While his side wasn’t able to eventually find a winner, Jorginho was excellent throughout.

Ajax, meanwhile, also return to league football as they take on Utrecht on Sunday.