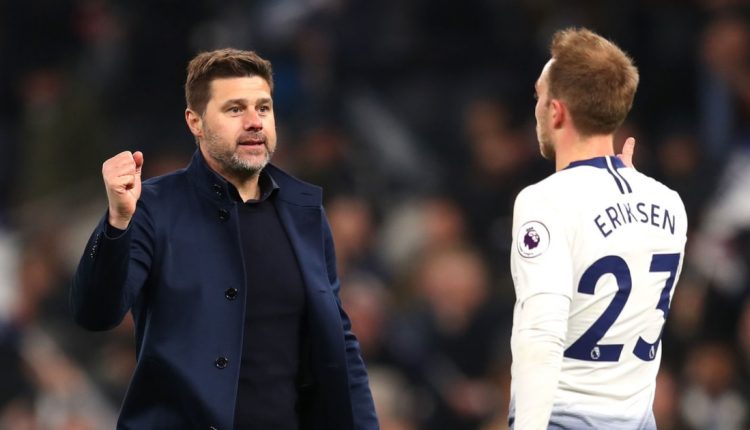 ​Tottenham manager Mauricio Pochettino has defended Christian Eriksen after the midfielder received criticism once again for his performance against Everton on Sunday.

The Dane played the full 90 minutes in his side’s 1-1 against the Toffees but had a nominal impact, in a game that was largely overshadowed by a horrific injury suffered by André Gomes.

Eriksen’s performance was indicative of his underwhelming start to the season.

It didn’t get any better. https://t.co/8LHop3Cpna

The 27-year-old has only registered one goal and one assist in 13 appearances, with some Spurs fans questioning his commitment to the club after he revealed his desire to leave and a move to ​Real Madrid failed to materialise in the summer.

Despite this, speaking in his pre-match press conference before Tottenham’s game against Red Star in the Champions League, Pochettino claimed he was happy with the midfielder’s efforts. “I don’t think the performance of Christian is any different than when we signed him five and a half years ago. His commitment is the same as five year ago, and I am happy with him,” the Argentine said, as reported by ​football.london.

Eriksen’s current contract expires in the summer and although the Dane is very unlikely to remain at ​Tottenham after this season, Pochettino claimed that this is not affecting his motivation. Pochettino will be hoping that ​Eriksen returns to form soon to help his side improve on their recent run of results.

Spurs have not won in the Premier League in four games and have also been underwhelming in the Champions League, drawing with Olympiacos and being thrashed 7-2 at home to Bayern Munich.