​Niko Kovač had been walking on thin ice throughout his time in charge of Bayern Munich, yet his departure following the club’s 5-1 defeat at Eintracht Frankfurt on Saturday still came as a bit of a shock.

It was so much of a surprise that one of Germany’s biggest sports publications Kicker didn’t have time to re-print their newspapers after the sacking had been announced, running instead with a story claiming Kovač would at least stay in the dugout until next week.

​​The Rekordmeister already have a ready-made replacement on an interim basis, so Hans-Dieter Flick – more commonly referred to as Hansi Flick – will take up the Bayern hot seat until a new permanent head coach can be appointed.

Flick was one of the masterminds of Germany’s success at the World Cup in 2014, while he’s also a familiar face at Säbener Strasse having made 137 appearances for Bayern as a player, winning four Bundesliga titles as well as the 1986 DFB-Pokal.

But Flick is only there as an interim and a search for their next permanent manager is already underway, with the likes of Erik ten Hag, José Mourinho, Arsène Wenger and even Ralf Rangnick being ​linked with a move to Bavaria.

At the top of their list of targets would be Jürgen Klopp, but with no chance of luring him away from Liverpool, Bayern should focus their attention on his successor both at Borussia Dortmund and Mainz – Thomas Tuchel. Like the aforementioned Ten Hag, Tuchel won’t jump ship during the middle of the season as he’s got his sights set on winning the Champions League with Paris Saint-Germain, but moving during the summer is a likely possibility for the 46-year-old.

Tuchel has a contract in the French capital until 2021, but Bayern have been keeping tabs on his career ever since he broke through at Mainz and even considered him for the job when Carlo Ancelotti was sacked in 2017 – they instead appointed club legend Jupp Heynckes.

Bayern might not be able to appoint Tuchel straight away, but he would bring some of the best bits from their other managerial targets all in one package, while waiting until next summer crucially gives the club a chance to lay some foundations behind the scenes.

A lot has been made of the club’s rejuvenation project on the pitch, but any new manager at Bayern will be working under a new club president, with Uli Hoeness set to step down from his position later this month. He could be replaced former adidas CEO, Herbert Hainer.

The clock is also ticking for Bayern’s chairman, Karl-Heinz Rummenigge. His contract is up in 2021, and the wheels have already been set in motion to appoint former Germany international goalkeeper Oliver Kahn.

Spending months without a new permanent manager might not be ideal as far as performances on the pitch are concerned, but it would give Bayern a chance to get their own house in order, especially if they opted to appoint someone, like Tuchel, with a track record of not always playing too well with others.

As far as Tuchel’s suitability for the role is concerned, the former Borussia Dortmund boss ticks the three main boxes that Bayern want when it comes to a head coach.

The first, loosely, is that they’re German. Or at least a German speaker.

It’s not quite as essential compared to when it comes to appointing a Bundestrainer (Germany’s national team manager), and it certainly isn’t a case of xenophobia in the Bundesliga, but the job at Bayern is unlike any other. Similarly to the way Barcelona consider themselves to be Catalan before being Spanish, people from Bayern’s region are Bavarian before they’re German, something which can’t really be understood without first-hand experience.

Second on Bayern’s list, and perhaps most important even though they’d be reluctant to admit it themselves, is that their next manager has to be a household name.

The Rekordmeister simply want and need a head coach who players want to play for.

That in itself was perhaps why former manager Kovač was destined to fail, so Bayern will refuse to go down the same path and instead appoint someone with the reputation and pedigree of a world-class manager. 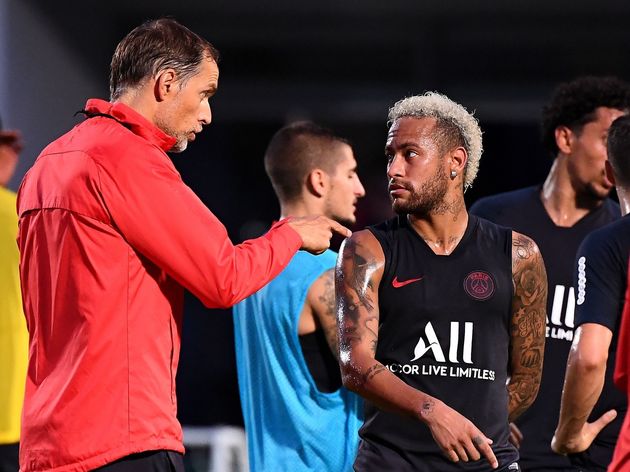 Last but by no means least for Bayern is that manager’s style.

It’s the reason why Guardiola took charge of their treble-winning side in 2013, it’s why Tuchel was considered in 2017 and why Julian Nagelsmann, who’s now at RB Leipzig, has already been earmarked as one for the future.

For anyone who’s followed Tuchel’s career, it’s clear that his appointment at Bayern wouldn’t be a long-term one.

To date, the 46-year-old hasn’t spent longer than five years at one club – that was during his first senior managerial role at Mainz – while he spent just two years at Borussia Dortmund and is only entering his second season with Paris Saint-Germain.

Tuchel might not offer longevity, but he will bring instant success to Bayern and could be their best bet at reaching the latter stages of the Champions League, something which has been lacking in recent years, in the shortest amount of time.

He still isn’t among European football’s top tier of managers, but with the promise of attractive football, instant results and an ability to manage the biggest stars in the game, Tuchel is the perfect candidate who can bring the glory days back to Bayern.