Twitter Reacts to Thrills, Spills (& VAR) as Chelsea Fight Back to Draw Epic With Nine-Man Ajax 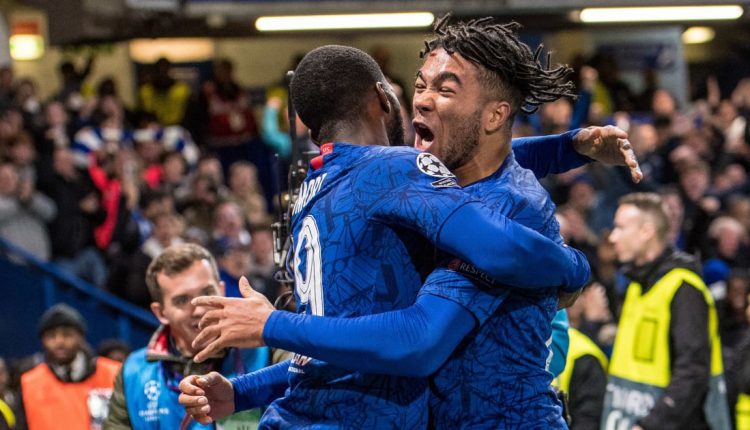 ​Who doesn’t love Champions League nights? What. A. Match.

We all knew we were in for something special when both teams scored within the opening four minutes, but we didn’t think it would be quite as monumental as it was.

Ajax were 4-1 up and cruising, but were pegged back as they ended the game with nine men. That’s right, it ended 4-4, but that simply does not tell the whole story.

Let’s rewind to the start of the game, shall we?

Ajax looked to get on the front foot right away and were awarded a free-kick after just one minute. Quincy Promes whipped in a dangerous cross, resulting in Tammy Abraham diverting the ball into his own net. It was only a slight touch, but an own goal was given.

Not the start Frank Lampard will have been hoping for, but what a start for Ajax…

But, erm, their celebrations were cut short.

From the restart, Chelsea won a penalty through Christian Pulisic.

Two goals in four minutes. Many were expecting goals, but perhaps not this many, especially this soon…

Two goals in just 4 mins of play…. What a game this will be #CHEAJA

Meanwhile, some were keen to discuss just how classy Jorginho’s penalty was.

The midfielder is ice cool from the spot…

Oh, but Ajax came to play, and they were playing some simply stunning football.

The magician himself Hakim Ziyech was did what he does best, play an inch-perfect pass, allowing Quincy Promes to sneak in and head the ball home.

While the early stages were very entertaining for the neutral, frustrations were beginning to grow for Chelsea fans, who had seen their team concede twice inside the opening 20 minutes.

Although they may have been frustrated with their team’s defending during the early stages, these frustrations turned into praise. Except, not for their home side.

Only the Moroccan will know if he meant it, but his sumptuous whipped free-kick from out wide floated over Kepa and rebounded off the goalkeeper, before going in.

It was simply stunning, but…it was awarded as an own goal…

Kepa has just scored what looks like an own goal with his nose and @AFCAjax_EN lead 3-1. Not to be sniffed at.

​​However, the reality was sinking in for Chelsea fans.

Well, the Blues had conceded two own goals in only 35 minutes of football. Ajax had only had one shot on target at this point but were leading 3-1. Impressive.

The home team looked bright at the start of the second half as they went in search of reducing the deficit.

However, this left them even more exposed at the back, and that is trouble when playing against a potent Ajax side.

This time, Donny Van de Beek was the man to fire home and extend Erik ten Hag’s side’s lead. It was getting ugly…

But, Chelsea weren’t done yet.


It had already been a frantic game filled with quality, but things were only getting going.

In a crazy few seconds, Callum Hudson-Odoi skipped past a challenge from Daley Blind and fired in a shot which was blocked. However, play was stopped.

In the blink of an eye, Blind was sent off for a second bookable offence. Ok, fair enough, he was late.

And then, Joel Veltman was given his marching orders for a second yellow, as well. The ball struck his arm and the referee deemed it to be a handball. It was so very soft.

The home crowd was alive and they were roaring their side on.

They couldn’t get a winner, could they? COULD THEY??

Well, they thought they had won it, as Azpilicueta put the ball in the net for a second time, but it was ruled out for handball.

Although the Londoners continued to push forward, they were unable to find a winner.

It was a truly sensational match, with the game having…literally everything you could ever ask for.

A draw appeared a fair result for both sides, but it was a case of what could have been for both…

Both teams will feel hard done by with the result. An absolutely crazy game. Champions League nights are the best  #CHEAJA

Weird feeling after that game as a Chelsea fan.

So happy we came back.

So upset we didn’t win.

A remarkable night that will live long in the memory.